Two House Democrats from California Appear to Pressure TV CEOs to Get Rid of NewsMax, OAN, and Fox News

U.S. Representatives Jerry McNerney (D-CA 9th District) and Anna Eshoo (D-CA 18th District), both of whom are on the Committee on Energy and Commerce, have sent out a three-page letter to multiple media corporations including Alphabet, Verizon, and Apple regarding their concerns of right-wing media outlets ‘misinformation’.

Michael Tracey tweeted out the letters along with saying, “Two Democratic members of Congress are pressuring the CEOs of the country’s major TV providers to essentially purge the news networks these Members don’t like, on the basis of the alleged danger posed by “misinformation and conspiracy theories”.”

Two Democratic members of Congress are pressuring the CEOs of the country’s major TV providers to essentially purge the news networks these Members don’t like, on the basis of the alleged danger posed by “misinformation and conspiracy theories” https://t.co/QyNyy0dPdX pic.twitter.com/DcxX68sLNt

The letter starts with, “Our country’s public discourse is plagued by misinformation, disinformation, conspiracy theories, and lies. These phenomena undergird the radicalization of seditious individuals who committed acts of insurrection on January 6th, and it contributes to a growing distrust of public health measures necessary to crush the pandemic.” The letter continues and highlights information and opinions they sourced from what appears to be left-leaning media.

Many may think left-leaning media is far from innocent of these claims themselves. The sourcing of the letters information appears to many to come from nonneutral sources.

The second page of the article contains a list of seven questions, to which the representatives request responses by March 8th. The first of the questions asks, “What moral or ethical principles (including those related to journalistic integrity, violence, medical information, and public health) do you apply in deciding which channels to carry or when to take adverse actions against a channel?”.

The final question in the letter concludes with “Are you planning to continue carrying Fox News, Newsmax, and OANN on [Media Platform Name] both now and beyond any contract renewal date? If so, why?” This question may appear to many as a push by the Congressmen to influence the corporations to rid themselves of what they view as right-wing media.

The final page of the letter includes their numerous sources for the letter which varies slightly as some of the sourced material is specific to the corporation. USA Today, Washington Post, and senior correspondent and co-executive producer of Vox Peter Kafka are listed as sources on the letters.

These letters may be shocking to some or not surprising at all as the left has pushed back hard after January 6th. This may not be the last we see of what appears to be a call for more censorship from differing opinions. 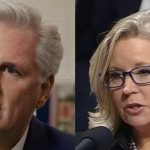 Mike Lindell, MyPillow CEO said in an interview that he believes he

On Thursday, it was reported that U.S. Capitol Police officials told congressional