ESPN NBA sideline reporter Rachel Nichols has been removed from her post during the NBA Finals after leaked audio revealed she expressed concern over a promotion given last year to colleague Maria Taylor was due to the network “feeling pressure” on diversity.

The network announced that Nichols, who is white, would be replaced with reporter Malika Andrews, who is black.

Commissioner of the NBA Adam Silver reportedly came to Nichols’ defense this morning and said that “Careers shouldn’t be erased by a single comment.”

“Careers shouldn’t be erased by a single comment.” pic.twitter.com/hYJJKyQrJM

According to CNBC, ESPN said of the move that “We believe this is [the] best decision for all concerned in order to keep the focus on the NBA Finals. Rachel will continue to host ‘The Jump.'”

Nichols apologized for her comments Monday, after the New York Times report was released on Sunday. Nichols noted, “The first thing they teach you in journalism school is don’t be the story, and I don’t plan to break that rule today or distract from a fantastic Finals, But I also don’t want to let this moment pass without saying how much I respect, how much I value our colleagues here at ESPN, how deeply, deeply sorry I am for disappointing those I hurt, particularly Maria Taylor, and how grateful I am to be part of this outstanding team.”

Nichols will still appear on “The Jump” for the Finals games across its weekday shows and Taylor will be on “NBA Countdown” with other channel reporters for pregame and halftime coverage of the NBA Finals, ESPN said, per CNBC.

Dave Rubin weighed in on the controversy in a tweet where he said, “I don’t watch the NBA anymore, but this Rachel Nichols story is a spectacular example of Woke brain damage. She wasn’t being racist against a colleague, she was arguing ESPN was racist (and sexist), so she gets demoted. Perfection.”

I don’t watch the NBA anymore, but this Rachel Nichols story is a spectacular example of Woke brain damage. She wasn’t being racist against a colleague, she was arguing ESPN was racist (and sexist), so she gets demoted.

Fanduel’s video content manager shared a clip of Taylor introducing Andrews last night for her first ever NBA Finals sideline game, also noting that all of the players but one have never played in a finals before either.

It was an interesting choice for the network to have her be the one to introduce Andrews and as one meme shared underneath the clip pointed out, probably upsetting to Nichols. 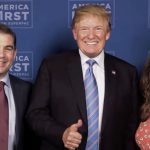 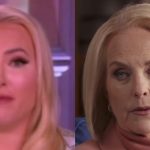 Meghan McCain to Be Joined By Mother Cindy on Friday, Her Last Day on ‘The View’

At the beginning of July, we reported that Meghan McCain was calling

Biden Weighs In on ‘News of the Day,’ Adds to Dem Leader’s Calls For Gov. Cuomo to Resign

In March, we reported that President Biden, who was essentially cornered by 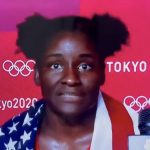 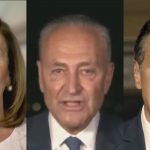 Jack Sellers, the Chairman of the Maricopa County Board of Supervisors, denied 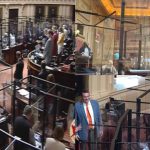 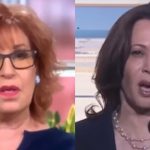 On ABC’s “The View” yesterday, the ladies discussed a recent poll that