UPDATE 9:18 ET 8-24-2020: After multiple credible reports, Falwell appears to be hanging by a thread and claiming he isn’t resigning. We have also added ‘Reportedly’ to the original title. CNN reported:

Embattled evangelical leader Jerry Falwell Jr. is in discussions with Liberty University about his fate as president of the Christian school founded by his late father, a school spokesman told CNN. While Liberty spokesman Scott Lamb originally told CNN Falwell would resign, he now says that Board leadership have been in discussion with Jerry Falwell and expect to be able to make a statement on Tuesday. But Falwell denied that he was resigning, telling Virginia Business that the report was “completely false.”

It was recently reported by Daily Mail in grotesque detail that an alleged sexual relationship involving Jerry Falwell Jr.’s pool boy and Falwell’s wife may have also included Falwell himself participating. Falwell recently also took a leave of absence when a photo was leaked of him with his pants unzipped at a party.

We won’t get into too much detail on the aforementioned except to say that it is reported that Falwell has submitted his resignation to Lynchburg, Virginia based Liberty University. Jonathan Merritt reported:

BREAKING: Three sources affiliated with the @LibertyU board of trustees and administration tell me that Jerry Falwell Jr has just submitted his resignation. Developing…

BREAKING: Three sources affiliated with the @LibertyU board of trustees and administration tell me that Jerry Falwell Jr has just submitted his resignation. Developing…

Falwell Jr. has been a supporter of President Trump’s, and it remains to be seen if some in the media will try to make a connection between this and President Trump. This is a developing story with more details to possibly come. 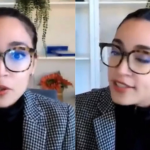