Tesla boss and all around entrepreneur Elon Musk recently took a 9.2% stake in Twitter via stock purchases. One of his apparent reasons for doing so was to be an advocate for free speech.

Different people have different ideas of what free speech should be, however. The current CEO of Twitter, Parag Agrawal, doesnt appear to even care about free speech at all.

So while Musk’s new influence at Twitter may offer some form of checks and balances to Twitter’s content moderation policies, it’s unlikely to become a bastion of unabated free speech, such as what CEO Andrew Torba has tried to aim for with Gab.com.

Although it’s still unclear to us what Musk’s abilities and intentions will be, Daily Mail reports that someone at Twitter stated that there are no plans for returning former President Trump his old Twitter account.

From Daily Mail in part:

Twitter says it has no plans to reinstate former President Donald Trump’s account despite Elon Musk vowing to ‘make significant improvements’ to the social media platform after becoming the company’s largest shareholder and a member of its board of directors.

‘Twitter is committed to impartiality in the development and enforcement of its policies and rules,’ the company told DailyMail.com on Tuesday. ‘Our policy decisions are not determined by the Board or shareholders, and we have no plans to reverse any policy decisions.’

‘As always our Board plays an important advisory and feedback role across the entirety of our service. Our day to day operations and decisions are made by Twitter management and employees,’ the company added.

As we stated before however, it may be too soon to speculate as to what Musk has in store. Earlier we reported that he is also being given a seat on Twitter’s board as well.

Latest posts by Ian MacDonald (see all)
2022-04-05
Previous Post: Democrats Reportedly Deny Motion By Andy Biggs to Subpoena Hunter Biden, Choose to ‘Protect Him at Any Cost’
Next Post: According to a Source, Jada Pinkett Smith Wishes Will Smith Had Not Defended Her Physically, Professes She Will Stand by Him 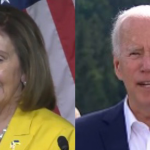 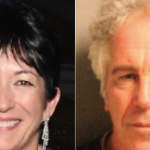 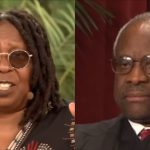