Earlier this morning videos went viral of President Joe Biden tripping and falling multiple times while walking up the stairs to Air Force One after appearing to be confused about who to salute when at the bottom. Many people posted old clips of Joe Biden mocking former President Donald Trump’s stair-climbing ability, but as far as we know, Trump never tripped like this while climbing stairs.

Many left-wing media outlets also previously accused Trump of having a phobia, being afraid of stairs, or being unfit. Although Biden’s trips today clearly take the cake, the spin has begun. Apparently, the story is going to involve talking about windy conditions that may have contributed to Biden’s rocky start this morning. Steven Nelson tweeted out a clip captioned:

“Update: WH spox Karine Jean-Pierre seems to blame the wind for President Biden’s fall She told reporters aboard Air Force One: ‘It’s pretty windy outside. It’s very windy. I almost fell coming up the steps myself. He is doing 100 percent'”

She told reporters aboard Air Force One:

'It's pretty windy outside. It's very windy. I almost fell coming up the steps myself. He is doing 100 percent'https://t.co/6GIwCG2xME

If we had to speculate, we would say that despite the media’s constant badgering of former President Trump of every little thing, even sometimes things that didn’t even exist, this embarrassing Biden tripping situation will be downplaying and covered up as much as possibly by most left-leaning legacy media outlets.

That being the case it seems to be the talk of right-wing Twitter and Facebook. This comes on the heels of a report that Democrats are already unhappy with Biden for allegedly firing up to five people for smoking Marijuana. Time will certainly tell if the last couple of days and the events in the near future will hurt Biden’s approval ratings.

This Biden fall also comes at a time when Russian President Vladimir Putin has challenged Biden to a debate, with Biden saying he is too busy, but others speculating that he probably wouldn’t perform well. This makes us look weak on the world stage.

Meanwhile, former President Donald Trump, who may run in 2024, is still banned from Twitter and is awaiting a decision from Facebook on whether or not they will let him back on.

We’re sure he would have had a lot to say right now. Stay tuned to Media Right News for more Trump, Biden, and other political updates.

Latest posts by Ian MacDonald (see all)
2021-03-19
Previous Post: MTG Wonders How She Could Be Suspended From Twitter By ‘Error’ on the Same Day Dems are Trying to Expel Her From Congress
Next Post: Snopes Fact Check Rates Biden Fall on Stairs to Air Force One as ‘True,’ Adds That He Was ‘Not the First President to Take Such a Spill’ 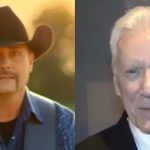