Anti-Trump Attorney and former media darling Michael Avenatti was sentenced to thirty months today after previously being found guilty for trying to extort Nike out of millions of dollars.

Michael Avenatti – who briefly found fame as attorney for Trump accuser Stormy Daniels – has been sentenced to thirty months in prison in an extortion plot.

The Washington Examiner did a piece today on the rise and fall of Avenatti, explaining how before it all came crashing down, Avenatti was treated like a mini-celebrity at the White House Correspondents’ Association dinner in April 2018 and appeared on the red carpet at the MTV Video Music Awards in August 2018.

Avenatti pleaded for his freedom in front of the judge, choking up at one point while stating, “I look forward to working hard to become the person I once was. But I know I will never have the privilege of practicing law again.”

Dayna Perry, Avenatti’s lawyer stated prior to the sentencing that he was embarrassed by the recordings that were made of him attempting the extortion.

“He sounds in those recordings like a character. Someone who refers to himself in third person and can bend others to his will, just because he’s Michael Avenatti,” Perry lamented.

Avenatti tried to wiggle his way out of the situation in his pre-trial statement by suggesting, “When I was a child I dreamed about becoming a lawyer, but then I lost my way. I betrayed my own values, my friends, my family and myself. I betrayed my profession. I became driven by the things that don’t matter in life.”

“All the fame, notoriety, and money in the world is meaningless. TV and Twitter, your honor, mean nothing. Everyone wants to ride in a limo with you, but very few are willing to sit next to you on the bus. Even fewer are willing to take your calls from prison,” Avenatti added.

“I look forward to working hard to become the person I once was. But I know I will never have the privilege of practicing law again.”

Numerous tweets of clips have been shared today of previous interactions involving Avenatti and the media including one with “The View’s” Ana Navarro who once told him, “You’re like the Holy Spirit. You are all places at all times.”

“You’re like the Holy Spirit. You are all places at all times”pic.twitter.com/FwUPhl0jqo

America First supporter Pete D’Abrosca shared a collage of Avenatti speaking with various mainstream media news show hosts when he was in their good graces.

Michael Avenatti, a CNN and MSNBC expert political analyst, is being sentenced for extortion today. pic.twitter.com/WBdMRayLfO

Latest posts by David Caron (see all)
2021-07-08
Previous Post: Bernard Kerik Asks Where Are GOP Leaders to Support Rudy Giuliani When He Has Been There For Them and America Before
Next Post: Boebert to White House: No More ‘Lockdowns’

Another day, another example of the Biden Administration displaying arrogance towards a 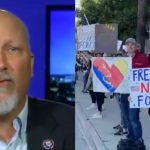 We reported yesterday that many employees, as well as other airline workers

In appearance yesterday on CNN’s “State of the Union,” Transportation Secretary Pete Buttigieg

Psaki Dismisses Viral Video of Bidens Walking Maskless Through D.C. Restaurant: ‘We Shouldn’t Lose the Forest Through the Trees’

Many employees, as well as other airline workers and many more, are 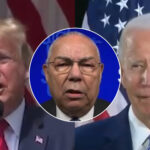