A GoFundMe has been started for the owner of a San Francisco salon, Erica Kious, who told Tucker Carlson that she will be forced now to leave the city after a mob of leftists have descended upon her business in the form of “death threats” and negative business reviews.

Tucker just interviewed the salon owner Pelosi is claiming “set her up.” She says that Pelosi is the one that called in first. There’s no way they could have set that up. “I thought about my staff and people not being able to work and make money and provide for their families.”

Tucker just interviewed the salon owner Pelosi is claiming “set her up.”

She says that Pelosi is the one that called in first. There’s no way they could have set that up.

“I thought about my staff and people not being able to work and make money and provide for their families.” pic.twitter.com/CM4VqlGtZo

Kious: I don’t think so. The hard part of all this is that I have been in that community for 12 years and since this happened I have received nothing but hate text messages, death threats, they are going to burn my hair salon down. My yelp page is just unbelievable with bad reviews. It’s just sad that my community is pulling this, when they are saying I threw her under the bus, when I didn’t. So that’s hurtful, but I think I’m pretty much done there.

Carlson: I think that’s one of the most heartbreaking stories I’ve heard in a long time. And I just want to restate to the people who are hating you for telling the truth, I don’t think this is political, you don’t seem like a political person.

Erica Kious, a single mother of two and owner of eSalon, where House Speaker Nancy Pelosi got her hair done on Monday is now being forced to shut down and relocate her business and family due to outrage and threats she is receiving.

A maskless House Speaker Nancy Pelosi visited eSalon on Monday afternoon for a wash and blow-out, despite local ordinances keeping salons closed amid the coronavirus pandemic. San Francisco’s coronavirus guidelines allowed hair salons to reopen their businesses for outdoor services starting Tuesday, with clients seen one at a time. Haircuts are permitted, according to the guidance, but shampooing and hair coloring services are not.

On the Facebook page for the business, ESalon SF, there is a battle of reviews going on, with many leaving bad reviews while others are coming to their defense. 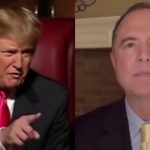