The first question put to Judge Amy Coney Barrett in Day 2 of her Supreme Court confirmation hearings yesterday by Judiciary Committee Chairman Sen. Lindsey Graham (SC), to define, “in English,” the meaning of the legal concept of originalism.

She replied, “In English that means that I interpret the Constitution as a law and that I interpret its text as text, and I understand it to have the meaning that it had at the time people ratified it. So that meaning doesn’t change over time and it’s not up to me to update it or infuse my own policy views into it.”

“At the time the Constitution was ratified, women couldn’t vote, much less be judges,” Clinton said in a tweet today.

At the time the Constitution was ratified, women couldn't vote, much less be judges. https://t.co/B0oxTT2nzt

We previously reported on how Clinton bragged about how she recommended Ruth Bader Ginsburg as a Supreme Court Justice to her husband and then President Bill Clinton, so having Barrett replace Ginsburg would be personal to her.

As the AP explained, Ginsburg embraced the idea of a more elastic Constitution and while she and Barrett’s mentor, Justice Scalia, were friends, their judicial philosophies were opposite.

The news agency gave an example that speaking to groups, Ginsburg often approvingly cited the lines of an opera written about their friendship which at one point sets out an explanation of their differing philosophies in song.

Ginsburg would say the Scalia character sings a “rage aria” that would begin, “The justices are blind, how can they possibly spout this, the Constitution says absolutely nothing about this.”

Ginsburg enjoyed repeating the lines of her response: “Dear Justice Scalia, you are searching for bright-line solutions to problems that don’t have easy answers. But the great thing about our Constitution, is that like our society it can evolve.” 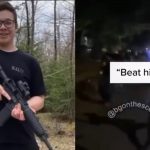 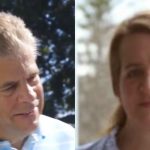 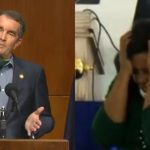