Earlier today, House Speaker Nancy Pelosi (D-CA) was caught appearing to describe House Minority Leader Kevin McCarthy (R-CA) as “such a moron” as she ducked into her vehicle and was whisked away from a climate event outside the Capitol.

The comments came after she was told that McCarthy said that the newly reinstated mask mandates in Congress were “against the science.”

Later, Pelosi was asked, “Is McCarthy a moron and if so, why?”

REPORTER: "Is Kevin McCarthy a moron? And if so, why?"

PELOSI: "I said earlier in my comments, science, science, science & science. On almost every subject that you can name, science is the answer…to say that wearing a mask is not based on science I think is not wise…" pic.twitter.com/1mxMcO8ubk

Progressives on Twitter applauded the insult by Pelosi and agreed with her.

She's not wrong, you know.

Proud Democrat “Andrew” stated in a tweet that Pelosi’s supposed insult of McCarthy “has made my day!!”

Speaker Pelosi responded to a reporter and stated "He's such a moron" in regards to McCarthy has made my day!! pic.twitter.com/komIbIgsJs

BizPacReview reported that McCarthy wasted little time in responding — with logic, reasoning and facts, which assures he will not get an answer to the questions he posed in his reply.

According to Fox News reporter Chad Pergram, McCarthy asked, “If she’s so brilliant, can she tell me where the science in the building changes between the House and the Senate?”

“When it’s clarified by everybody else it’s not with more than 86% of vaccination within here. Can she explain to me the less than 1% affected there? So it’s a lot of questions if she knows so much science explain to me where the science changes in the Rotunda,” McCarthy concluded. 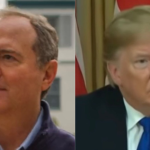