The Gateway Pundit reports that Kuwaiti Annahar News has let the world know on Twitter: al-Baghdadi has been reportedly killed in a U.S. raid. The story which has a more detailed reported from Newsweek is developing. The tweet below from Annahar News in Kuwait translated reads:

Amid reports Saturday of U.S. military helicopters over Syria’s northwestern Idlib province, a senior Pentagon official familiar with the operation and Army official briefed on the matter told Newsweek that Baghdadi was the target of the top-secret operation in the last bastion of the country’s Islamist-dominated opposition, a faction that has clashed with ISIS in recent years. A U.S. Army official briefed on the results of the operation told Newsweek that Baghdadi was killed in the raid. And the Defense Department told the White House they have “high confidence” that the high-value target killed was Baghdadi, but further verification is pending.

Earlier tonight President Trump fired off a cryptic tweet hinting at major news coming, and this is likely it. Trump tweeted:

“Something very big has just happened!” He hasn’t yet followed up on this tweet and although this news has been dropped much of the world is still waiting in anticipation.

Something very big has just happened!

Recently al-Baghdadi was reported to be alive after many years of questions of his well being. In a video, it was confirmed that he was still alive and well, but that, it appears according to reports, is no longer the case. See video from April below:

SEE VIDEO FROM APRIL BELOW:

More news is likely to come on this huge breaking story as the world has been waiting for this to happen for some time.

Cuomo Could be Toast as Third Accuser Tries to Seal His Fate by Coming Forward, Even Pelosi Signals She Might Flip 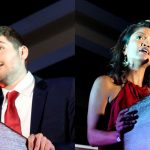 Video Resurfaces of Gov. Cuomo Urging Female Reporter to ‘Eat the Whole Sausage’ While His Daughter Looks on Uncomfortably 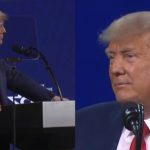 Ben Shapiro Employee Matt Walsh Sells Trump Short for 2024, Pushes DeSantis Which Could Pit Populists Against Each Other