On Monday, 102 Georgia sheriffs condemned Stacey Abrams for her support of “Defund the Police” as well as her soft on crime policies.

Republican Governor of Georgia Brian Kemp shared the statement that the sheriffs had signed on Twitter:

“Over 100 sheriffs across Georgia are condemning Stacey Abrams’ support of Defund the Police and her soft-on-crime policies. Stacey’s dangerous agenda puts criminals first, while putting our law enforcement and Georgia families in harm’s way.”

Over 100 sheriffs across Georgia are condemning Stacey Abrams’ support of Defund the Police and her soft-on-crime policies. Stacey’s dangerous agenda puts criminals first, while putting our law enforcement and Georgia families in harm’s way.

“Over the last four years, Governor Kemp and his family stood shoulder to shoulder with the men and women serving in Georgia’s law enforcement community. Working alongside our departments, Governor Kemp has championed legislation to recruit and retain more officers into the profession, strengthen penalties for criminals and help keep Georgia’s streets safe, and prevent rogue local governments from stripping critical funding and resources from police.

“In stark contrast, Stacey Abrams has repeatedly shown complete disdain for law enforcement and the risk we take every day putting our lives on the line to serve our communities. Ms. Abrams actively serves on the governing board of – and has profited from – an anti-police organization which openly advocates for abolishing prisons and stripping local police departments of their funding.

“Stacey Abrams also supports proposals that put criminals back on our streets and clears their criminal record, and she opposed legislation to crack down on human trafficking when she served in the state legislature.

“These policies and Ms. Abrams’ role in advocating for them put Georgia’s law enforcement officers and the communities we serve at risk.

“In these uncertain times, it is critical to our profession that Georgia’s leaders stand firmly behind the men and women in law enforcement who keep Georgia families safe. We are grateful to have the support of Governor Kemp and his administration, and we call on Stacey Abrams to disavow the dangerous policies she supports.”

Abrams is a board member of the Seattle-based Marguerite Casey Foundation, which has called for the abolition of the police.

After joining the board Abrams supported an expanded anti-police initiated by the foundation.

Kemp called on Abrams last week to resign from the Marguerite Casey board.

Notably, the foundation has awarded millions to professors and scholars who advocate for anti-capitalist and prison abolitionist views. Also, the foundation “Answer the Uprising” initiative provides backing to groups who call for stripping law enforcement of their budgets as well as supplying grants to leftwing groups such as Movement for Black Lives, Black Organizing Project, and Louisville Community Bail Fund.

The foundation was started in 2001 with the mission, “help low-income families strengthen their voice and mobilize their communities in order to achieve a more just and equitable society for all. This foundation was established by the Casey Family Programs which is associated with Jim Casey the founder of United Parcel Service.

Brian Kemp and Stacey Abrams will face off in a rematch for Governor of Georgia in November of this year. The pair faced off in 2018, and the results of that race were extremely close with Abrams coming within 56,000 votes of Kemp. This November’s election will show how much has changed in Georgia since then.

When Abrams and Democrats likely decided for Abrams to re-run, they probably analyzed long-term favorable voting Demographics in Georgia as to why they thought she’d have a better chance this time around. However, Democrats have miscalculated the short-term trend that is a major pendulum shift of moderate voters going back to Republican. To top that off, many Hispanics are also becoming Republicans, which could throw the Democrat’s long-term strategy off too. Although Republicans shouldn’t rely on the aforementioned, they should certainly take advantage of it whenever possible in our view to gain as much possible ground in state and federal elections, regardless of who runs or what happens in 2024.

The list of sheriffs who condemned Abrams can be seen below: 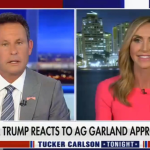