Last night, the U.S. House passed HR1. This is major legislation that could change the election process for the entire country. The election Wizard tweeted:

“BREAKING: The US House PASSES #HR1 by a vote of 220-210. The bill federalizes the election process while gutting voter ID, mandating no-fault absentee ballots, and banning witness signature or notarization requirements for absentee ballots. HR1 now heads to the Senate. HR1 takes every bad about 2020 and makes it federal law.”

HR1 takes every bad about 2020 and makes it federal law. https://t.co/suw0KKrCDg

Biden has already released a statement saying he will sign this into law once it passes the Senate. Which is where it will have most of its push back.

House Minority Leader Kevin McCarthy (R-CA) released a video on Twitter against HR1 which is referred to as ‘For the People Act’, McCarthy says it’s really the “For the Politicians Act”. In his video, he highlights the proposed change to campaign finance law that will increase the donation from Americans by 600% with federal funds.

Also in the video McCarthy highlights the restoration of the right to vote for felons, even those who have been convicted of election fraud.

Voters would automatically be registered by DMV data basses. Many states across the country are now allowing illegals to obtain licenses in what they claim is to make our roads safer which has yet to be proven. McCarthy claims that this would in most cases make it so that ineligible voters couldn’t be removed from the rolls could include those who are under age, dead or illegal.

“Democrats did not design #HR1 to protect your vote. They designed it to put a thumb on the scale of every election in America and keep the Swamp swampy.”

Democrats did not design #HR1 to protect your vote. They designed it to put a thumb on the scale of every election in America and keep the Swamp swampy. pic.twitter.com/Csyu9AX6Ce

The automatic voter registration as Heritage Foundation claims, would “Degrade the accuracy of registration lists…This would register large numbers of ineligible voters, including aliens, and cause multiple or duplicate registrations of the same individuals and put federal agencies in charge of determining a person’s domicile for voting purposes”

Two of the proposals within HR1 would make it easier for voter fraud to occur by “prevent[ing] election officials from checking the eligibility and qualifications of voters and removing ineligible voters” and “Mandate no-fault absentee ballots,” this removes required notarization or witness signature on absentee ballots. The bill does even much more to change our current election process.

Republican lead states are moving in the opposite direction to solidify election integrity such as in Arizona where the state Senate with senators like Wendy Rogers (R) passed multiple bills that are designed to make sure that what happened in 2020 doesn’t happen again.

The Arizona Senate is leading the way. We have passed 3 #ElectionIntegrity bills & we are providing the proper checks & balances on Maricopa County by conducting a forensic audit. We will keep at it until our citizens have faith in their elections again & until we have answers.

The Democrats at the Federal level are pushing hard to make sure that 2020 is the new normal when it comes to elections. With the battle in the Senate ahead we will have to watch to see what will come of HR1. Should it fail to pass there this will unlikely be the last time we see bills like this.

Stay tuned to Media Right News for updates on this and more political news.

Latest posts by Kay Williamson (see all)
2021-03-04
Previous Post: Arizona Senate Passes Measure Making Gun Stores Essential Businesses
Next Post: McEnany Credits Access From Trump For Not Having to do a ‘Ton of Circling Back’ Like Psaki 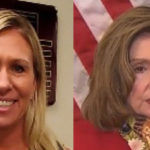 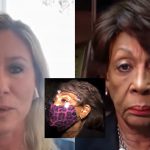 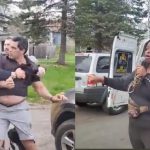