Trump campaign lawyer Lin Wood is going no holds barred today, but that’s really no surprise coming from a bold man like Wood. Wood has a history of standing for what he believes is right, no matter the controversy. He has defended Nick Sandmann, Kyle Rittenhouse, President Donald Trump, and others.

Wood is fighting against all odds to help President Trump prove his claims of voter fraud in the 2020 election. Today he announced that a judge in Georgia ordered voting machines be frozen from clearing and resetting, possibly so they could be inspected. Then, in a shocking turn of events, the order was reversed.

One can only speculate why, or what type of pressure was put to cause the reversal. Meanwhile, Governor Brian Kemp has been vacationing and not appearing to be in the fight too much so to speak.

Lin Wood’s words for Kemp have been nothing short of harsh, to say the least, and even President Trump condemned Kemp’s perceived lack of action recently, as we reported earlier today.

Lin Wood and others are catching a lot of heat from various Republicans on Twitter including Donald Trump Jr. for having the appearance of implying that somehow the Georgia Senate runoff elections should be tied in any way to President Trump’s fight to prove voter fraud in key swing states.

It could be argued though, that Wood and others like him aren’t tying them together so much as they are simply issuing a warning that many voters who supported Trump don’t want to be taken for granted and have it be assumed that they will vote no matter what.

In the end, it’s up to the beholder to decide what they think is happening and ultimately the runoff election will speak for itself. Wood’s most recent words on the matter were harsh nonetheless, (some social media outlets may fact check some of the words of Wood’s tweet, but we are merely here to report what he said):

“GA & National GOP leaders better not blame GA Patriots for the disaster that is about to befall fraudulent runoff election for @KLoeffler & @sendavidperdue. They have only themselves, @BrianKempGA & @GaSecofState to blame. They ALL need to be Gone With The Wind. Clean up GA!”

GA & National GOP leaders better not blame GA Patriots for the disaster that is about to befall fraudulent runoff election for @KLoeffler & @sendavidperdue. They have only themselves, @BrianKempGA & @GaSecofState to blame.

They ALL need to be Gone With The Wind. 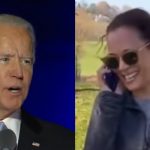