Former State Rep. Jason Chaffetz (R) hinted at a potential return to politics this week. Chaffetz was a representative in Utah’s 3rd district from 2009-2017 before joining Fox News as a political commentator and contributor.

On a show with Sean Hannity, Chaffetz was asked if he would ever consider running in the primary against Romney. Chaffetz smiled and said, “Yeah, I would”.

Senator Romney has consistently received backlash from Republicans and right-leaning news sources over his disapproval of Trump and pro-impeachment stance. Romney voted, with a handful of other Republicans, in favor of convicting Trump of inciting an insurrection during the latest impeachment trial. ​Senator Romney’s recent actions, along with his increasingly pro-Left stances spurred an effort to censure him in Utah.


This censure effort gained popularity quickly, however, it did not succeed. Monday afternoon, the Utah GOP put out a statement supporting the Utah Republicans Romney and Mike Lee’s vote on impeachment. This can be seen in the tweet below.

Utah GOP out with a statement supportive of both Mitt Romney and Mike Lee on impeachment: “The differences between our own Utah Republicans showcase a diversity of thought.” pic.twitter.com/WzfYrsn7Lt

This statement seems to be anti-Trumpism and seeks to make the Republicans a “big tent” party. The Utah GOP expressed their disgust towards the Jan. 6th events at the Capitol, calling them “horrific and excusable”. It is clear that there is a rift going on in the GOP between pro-Trump conservatives and more moderate, socially liberal conservative groups. 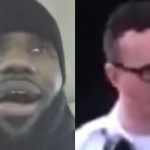