The White House Counsel began detailing their defense of President Trump at the Senate trial today. The Associated Press published an excellent story explaining what President Trump’s lawyers’ strategy is. “They plunged into his impeachment trial defense Saturday by accusing Democrats of striving to overturn the 2016 election, arguing that investigations of Trump’s dealings with Ukraine have not been a fact-finding mission but a politically motivated effort to drive him from the White House.”

“The Trump legal team’s arguments in the rare Saturday session were aimed at rebutting allegations that the president abused his power when he asked Ukraine to investigate political rival Joe Biden and then obstructed Congress as it tried to investigate. The lawyers are mounting a wide-ranging, aggressive defense asserting an expansive view of presidential powers and portraying Trump as besieged by political opponents determined to ensure he won’t be reelected this November.”

Florida Senator Rick Scott (R-FL) appeared on Fox News and summarized the day by saying, “I think Adam Schiff got knee-capped. I think the White House Counsel showed that there was no due process in the House … I think I understand why Nancy Pelosi held onto these articles for 33 days. It was to help Joe Biden. All of this is to keep Bernie Sanders, Elizabeth Warren off the campaign trail and help Joe Biden.” View his complete statement below:

House Impeachment Manager Schiff did not agree with the President’s lawyers’ case and tweeted, “They don’t contest the facts of Trump’s scheme. They’re trying to deflect, distract from, and distort the truth. And they are continuing to cover it up by blocking documents and witnesses.”

After listening to the President’s lawyers opening arguments, I have three observations:

They don’t contest the facts of Trump’s scheme.

They’re trying to deflect, distract from, and distort the truth.

And they are continuing to cover it up by blocking documents and witnesses.

The RealClearPolitics average of polls which asked people if they support or oppose Trump’s impeachment and removal has those who do not support it at 48.3% and support at 47.2%. That is the highest level of those saying no since they began keeping track in October. View the trend here.

Elon Musk Taunts Bill Gates Again, this time for Previous Skepticism on Tesla Semi Truck as it Begins to Manifest 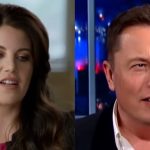 ‘Cat Turd’ Reminds Alyssa Milano of Selfie with Michael Avenatti, Questions her Character Judgement after she Went After Musk and Tesla

Alyssa Milano Ruthlessly Trolled for Switching from Tesla to Volkswagen, but Isn’t Leaving Twitter However

New Twitter Owner is ‘Fine’ Whether or Not Donald Trump uses Platform, Highlights Importance that they ‘Correct a Grave Mistake’ by former Management