Blinken Pledges Visas for Afghans Who Worked with U.S. Troops

The Biden administration’s Secretary of State Anthony Blinken announced his plans to expedite immigration visas for Afghan citizens that worked with U.S. troops in Afghanistan. Rep. Michael McCaul (R-TX) recognized that these Afghans are targeted by Taliban forces after American troops return home.

On Monday, Blinken explained that the U.S. is looking into “every option” to help these Afghan citizens that helped U.S. troops. Afghans such as interpreters, drivers, construction workers, and others who helped support the U.S. could end up receiving expedited visas so they can escape Taliban violence.

This movement to help the Afghans was kickstarted by news of a Taliban kill list being released this week. This list documents all Afghan translators employed by Australian troops over the past 20 years. The list names these Afghans as working with “infidel enemies” and puts around 300 Afghans at severe risk and stress. One Afghan translator that worked with Aussie troops over 10 years ago was tracked to his home by a Taliban operative. Early this month, the Afghan received a threatening letter taped to his door, signed by a “guerrilla operations” commander in the Taliban. The letter is translated to say: “We are honest in our words and we will get you, be it day or night, and you will be punished, and we will reach our goal. Await your death very soon.”

The letter details how they attempted to kill the Afghan by hitting him with a car 5 years ago, in 2016. The Afghan survived and only broke his leg. This letter shows that the Taliban is not going to give up and makes one recognize how wars that the U.S. fights never end when our troops go home.

The Taliban Department of Intelligence even found out that the Afghan man is trying to get a visa to flee from Afghanistan. More from the letter reads, “We have reports that you and other interpreters are in contact with infidel friends, to get you out of Afghanistan and get you a visa. Therefore you will not be forgiven by the Islamic Emirate of Afghanistan, neither will we accept any other excuse.” This Afghan man is one of hundreds of people that were encouraged to work for the U.S. soldiers in Afghanistan for years while the U.S. meddled there. U.S. troops can fly home to safety but are putting the lives of these soldiers and entire communities at risk due to some politically or socially motivated war.

Representative Michael McCaul (R-TX) said, “these people will have a bulls-eye or target on their back from the moment we leave the country. We are effectively signing their death warrants [if we abandon them].” Many Republicans have supported this idea of immigration caps being raised.

Translators who risked their lives working with the U.S. in Afghanistan deserve visas, and an accelerated path to get them. https://t.co/uO3WNh7Qey via @WSJOpinion

However, there may be hope. A spokesman for the Taliban released a statement on Monday promising that these Afghans “shall not be in any danger”. The statement reads, “We viewed them as our foes when they were directly standing in the ranks of our enemies, but when they abandon enemy ranks and opt to live as ordinary Afghans in their homeland, they will not face any issues hence they should not remain fearful and should continue living a serene life in their own country.”

Regardless of what the Taliban claim, Blinken still seems to be pushing for an expedited visa process. He is asking Congress to raise the cap on special immigrant visas for Afghans by 8,000 slots. This would raise the cap from an already whopping 26,000 to 34,000. Blinken also hinted at maybe moving masses of Afghans to the island of Guam while their visa applications are decided on. 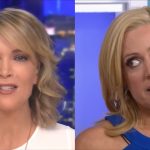